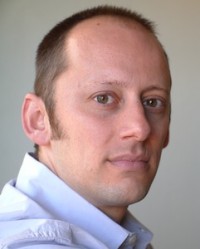 I recently interviewed Chris Parsons, Founder and CEO of Knowledge Architecture, a technology company whose software is used to connect the practices of multi-office, multi-discipline A/E firms, about how he’s built one of the best LinkedIn Groups I’ve ever seen. Chris’s group, KA Connect, is a derivative of his annual event that brings together leaders in the A/E community to explore front-edge topics like knowledge management, innovation, and thought leadership.

Q: I know the impetus to create the KA Connect group came shortly after your first in-person KA Connect event in 2010, but why did you create the group in the first place?

A: When we started the group, it wasn’t really about building the brand or attracting clients. While it’s turned out to be quite effective in both those areas, that wasn’t even the fifth or sixth consideration for KA Connect. It really came from me thinking, “I’m interested in knowledge management in the AEC industry, who else is interested in it and what can we learn from each other?” That was the driving force — building a community of practice for knowledge managers in the AEC industry — both for the conference and for the LinkedIn group.

We had about 80 people show up to our first conference; people I didn’t even know from places like Germany, England and Australia. I was touched, and also super excited. For us, the LinkedIn group was about looking for a way to maintain the momentum we built at that first event and keep those people in touch with each other. I really just wanted to keep the conversation going.

Simultaneously, I had been reading Seth Godin’s book Tribes. I suddenly realized, there was a latent demand to talk about this issue that was out there. How do we connect a practice? How do we innovate? How do we use technology to enable these things? So I stepped into it and became a connector. I saw an opportunity to create the stage — both online and face-to-face to talk about these issues. We followed it from there.

Q: As it evolved, how did you see it fitting into your overall business plan?

A: In terms of goals and growth for the company, the light didn’t go on for longer than I care to admit in terms of what it could be. It was really like many things in any entrepreneurial company; it started as a hunch that you tend to post-rationalize later. Here’s an example to illustrate — In early 2009, I was meeting with one of our technology partners. They have very senior people who’ve been around the software business for a long time. I was going through our standard pitch deck early and I had a slide about KA Connect in the middle. The CEO made a comment that he liked our presentation, but thought it was strange that we had something about a marketing event in the middle. I responded that it wasn’t a marketing event, but rather me pulling together people that are passionate about the same things we are so we could share and collaborate. I think he looked at me like I was crazy.

But even now, almost 5 years later, KA Connect still isn’t about making money. If we make a little but of money that’s nice, but we’re not trying to monetize it as an event itself. To do that we’d have to do all kinds of things that are in violation of what we believe. We don’t have vendor booths or exhibits; there’s no promoting from the stage. We manage the LinkedIn group with these same simple beliefs.

Ultimately, the event itself doesn’t make us very much money, or really any money directly – but, indirectly both the event and the LinkedIn group bring people to us that are interested in the topics we’ve built our software to help solve.

Q: How has the discussion changed over time?

A: Originally it was purely about knowledge and information management, but listening to people and following the conversations over time has taken us into a variety of different topics like research, thought leadership, innovation and culture change. It’s been a blast.

A: It’s scaled up over the years. We had 165 people attend the event last year. This year we’re ahead of where we’ve been the last four years. I don’t know where we’ll end up but the numbers are good so far.

Q: Almost 4 years later, the LinkedIn group has almost 2,000 members. What do you think have been some of the keys to the growth of the group?

A: Some of it is just the bare mechanics of what it takes to build a community. Every time I get an email or a business card, they go in our CRM and they get invited to our LinkedIn group, period. Part of it is the function of just being out there, talking to people and inviting them to join the group. Part of it is that there’s quality so people join the group and they stay.

That last part really goes back to curation. Often, a company will start a group and say all the right things and then they’re under pressure to start monetizing the community and then everything goes south. It takes a lot of discipline to understand this is a community about ideas, period. It can’t turn into a discussion about, “Hey, check out the newest version of our product.” It’s about maintaining the integrity of the group itself, and then as we meet people, inviting them in. Because they see there are vibrant discussions, they join. Or, because they see that their friend commented or colleague or partner commented on a discussion or liked a discussion, they join. There’s a degree of it being organic and then there’s the aspect of inviting people in.

Q: More important than the group’s size is the quality of the discussion. I participate in groups much larger than KA Connect, but the caliber of dialogue is much better in KA Connect as is the relative lack of “over-promotion” and selling that occurs within the group. How have you cultivated that healthy discussion?

A: The simplest answer is moderation. It’s not scientific, but I personally review every discussion that gets submitted to the group and I probably reject eight out of 10. Often, someone’s going out there with a shotgun – they have a new blog post and they’re trying to post in every LinkedIn group they’re in. You can see that stuff coming. One of the telltale signs is the discussion is written as a statement and not in the form of a question. Or, it’s just an attached link with no body. They’re not trying to get a conversation started, they are just throwing news out. The structure of a LinkedIn group is designed to facilitate discussions and it’s not a discussion when you just paste a link in and walk away.

Q: You’ve talked in the past how you’ve gone out of your way to seek out people and ask them to contribute either their articles or questions to the group. Talk a little bit about that.

A: I’ve done that both on starting a discussion and on the commenting side. On the discussion side, for example, someone might ask me a question over email. I could answer them back directly via e-mail, but it’s much more interesting to throw their question out to the community. I’m just one guy and we have 2,000 people in the community, so I like to crowdsource answers to questions. Crowdsourcing answers to questions via the KA Connect LinkedIn Group not only leads to better answers, but it also means that those answers become available and searchable as an asset for the long term.

From a comment level, when I see a new discussion topic come in, I prime the pump. I have a database of people who often comment in KA Connect, so I can reach out to them and tell them that I’d love to have their comment on the discussion. That works pretty well in getting the conversation going. Again, it’s about taking the time – when you look at the LinkedIn groups that are good, there’s somebody that really cares about it being solid and is willing to do both the hard curation work AND the day-to-day grind of inviting people, moderating, reaching out to people, and suggesting topics. Running a good community takes a lot of work.

Q: How have you kept yourself committed? Have you ever felt that you needed to pull back and not be so intimately involved?

A: Yes, and it’s been true for the conference also. Last year I had a moment where I figured out how much time went into both of these things and wondered if it was still the right thing to do. I spent a lot of time last summer talking to clients and talking to past speakers and understanding what value they got out of it and why it was important to them. After doing that I feel more excited than ever about it. This will be our 5th conference and I’m excited about the program. But, I’ve been more affirmed by taking the time to talk to people who’ve participated in the past and asking them if this is really creating value for them. The stories I’ve heard back have been amazing. No one else is talking about these things. Both the event and the group have become places for people to connect with others who are interested in and thinking about the same things they’re thinking about. And, a lot of those things just don’t appear to be happening anywhere else.

More suggestions on marketing with LinkedIn >>

Chris Parsons is the Founder and CEO of Knowledge Architecture, a technology company who specializes in connecting the practices of multi-office, multi-discipline A/E firms. Its knowledge management platform Synthesis allows architects and engineers to share knowledge, leverage expertise, and search for information. Chris is responsible for marketing and sales, product management, and corporate operations and has been a technology leader in the AEC industry since 2002.

Driving Knowledge Sharing in a Healthcare Architecture Firm: An Interview with Carl Davis

Knowledge Management is Central to the A/E Firm Website