In this article, you’ll learn why there is life outside of PowerPoint when it comes to data visualization. You’ll see how designers are challenging everything you think you know about presenting data and creating visuals that are informative, interactive and beautiful.

Pies. Bars. Lines. Tables. These aren’t just things you should expect when heading out to the hottest bakery in town. No, this is what most people think of when it comes to visualizing data. Pie charts. Bar charts. Line charts. Tables. These are your standard PowerPoint choices and they are about as exciting as stale bread. Easy? Sure. Effective? Of course. They definitely serve their purpose.

And that purpose is simply this: Present data in a visual, yet understandable manner. So instead of just reading percentages, you can visually see how one percentage stacks up against another or maybe how much one percentage is part of a whole. I know I’m over simplifying and skipping over the many other uses of charts and chart data, but I didn’t think anyone really needed a refresher on the purpose of a pie chart. The main point I wish to make is that whether it is a pie chart, a bar chart or a line chart, they serve a singular experience because that is what a static graphic offers. Much like a piece of paper, you can really only look at it and read it. Sure you can touch it, smell it and eat it if you were really so inclined. But that doesn’t help improve your understanding of the data. No, charts of these manner are a singular, flat experience.

Data is more and more complex

But just because the experience is flat, doesn’t mean the data behind it is. In fact, with mountains and mountains of data piling up every day, it is getting more and more complex to view, analyze and understand. I mean, we are creating something absurd like 2.5 quintillion bytes of data each day. Each day! I didn’t even know “quintillion” was a word until 5 minutes ago. And something like 90% of all data in the world was generated over the last few years. Now I am using the term “data” pretty broadly, here. But between Internet searches, social media activity or just simple email/text/communication, we are constantly leaving a trail of data of some sort everywhere we go. And someone somewhere is collecting that data (big brother?) and needing to explain it to someone who isn’t a data analyst. This is where data visualization comes in. It is needed to conquer this Mt. Everest of data. And since 93% of all human communication is visual, it makes sense that we need a more visual solution to our data presentation. 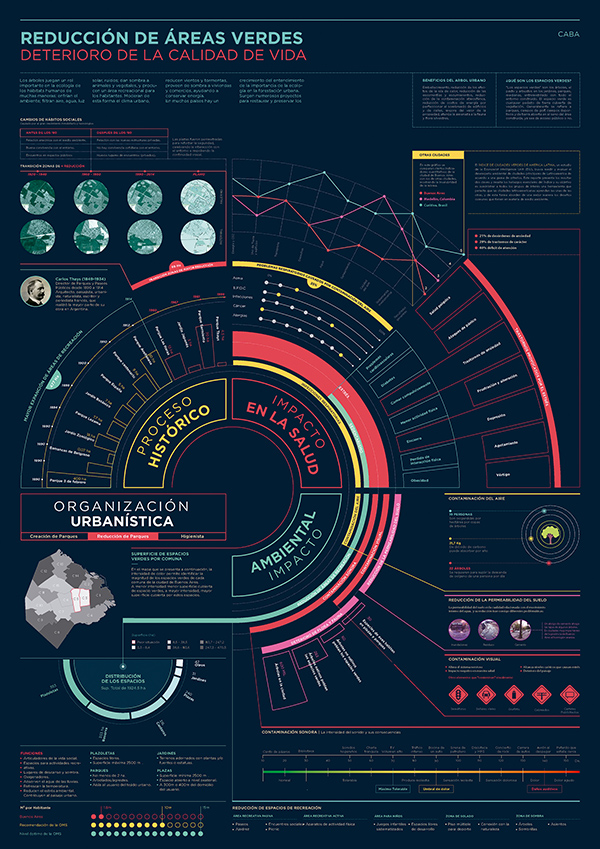 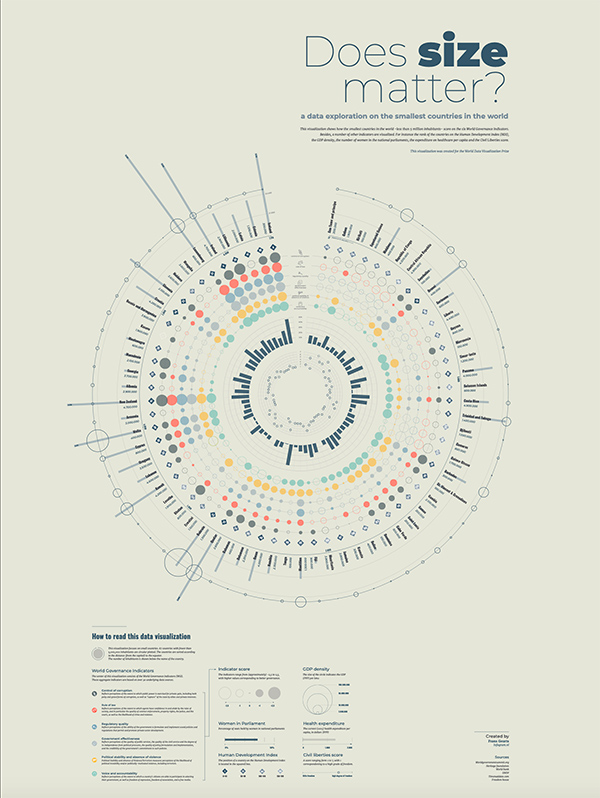 A Chart can be Art

Take a look at some of the examples above. Do these look like charts to you? At first glance, I’d say no. They could be a piece of abstract art. But the reality is, they are “chart art” built on data. You just need to dig into them to find it. It can be a foreign experience if you’ve never looked at data this way, but designers are searching for a more visual way to allow people to ingest, analyze and interpret the data in a different way. And that is a shoe your standard pie chart simply can’t fill. But what’s come out of that isn’t just new ways to showcase data, but strikingly beautiful ways to show data. If hand lettering is a rejection of canned design, then this kind of data visualization is a rejection of PowerPoint charts.

Some of the ways artists and designers are bringing data to life is an art form in and of itself. Who would have thought that data visualization could be both informative and beautiful at the same time? It’s all about breaking out of the expected. Confronting norms about data and walking past them to something effective and engrossing. So much so, they often challenge you as a viewer to come at it from a different angle. A lot of times, you may not even know you are looking at something based on data at all. It just looks like a graphic piece of art. Now of course, there is a fine line here. You don’t want to over-present your data in way that confuses or befuddles the viewer. You also want to make sure that you aren’t going over your viewer’s head with theme or visuals that are overly complex and difficult to follow (which some may think these examples do). So it is always important to be mindful of your audience. 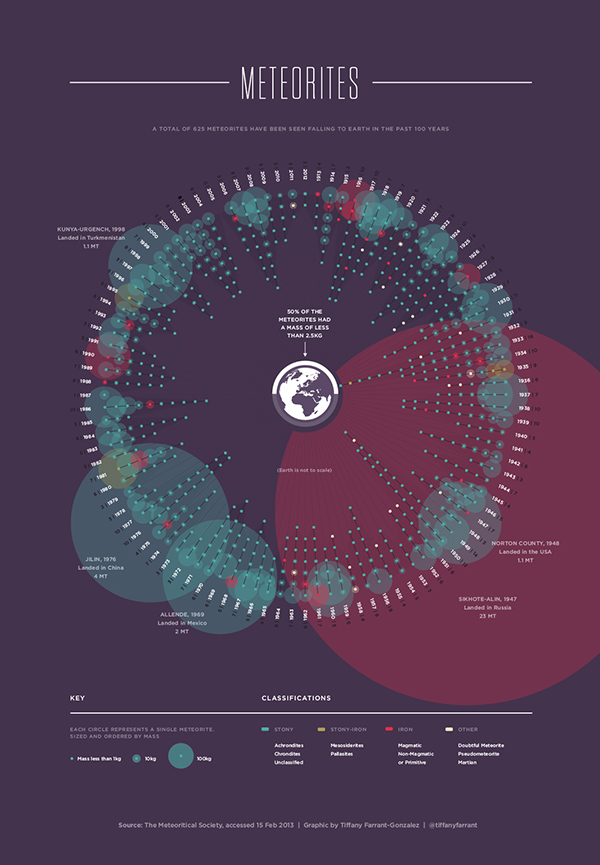 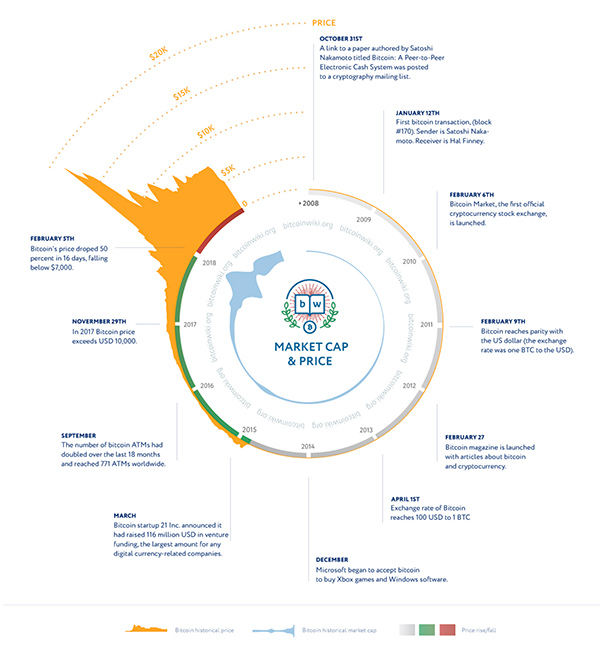 Beautiful as they are, they are still just a singular, flat experience. A monumental step up from your standard PowerPoint fare, most definitely, but they are still flat. As with everything these days, there is a way to up the game by adding interactivity. Sorry to be a bit “on the nose,” but an interactive chart is just that, a chart users can “interact” with. That “interactivity” could come in many different forms ranging from utterly simple to mind-blowingly complex. Maybe you can hover over a data point for more information. Maybe you can move an axis or a point. Maybe you can turn on and off different aspects of the chart to compare just select groups of data. Maybe it’s as simple as watching a chart build out as it loads on screen. Maybe the chart adjusts in real-time to data coming in from an outside source. It could even be as simple as having the ability to zoom in and isolate data that is important to you. Regardless of what type of “interactivity” the chart presents, it obviously goes beyond a flat chart. And there are a few benefits to going the interactive route, over a traditional chart. 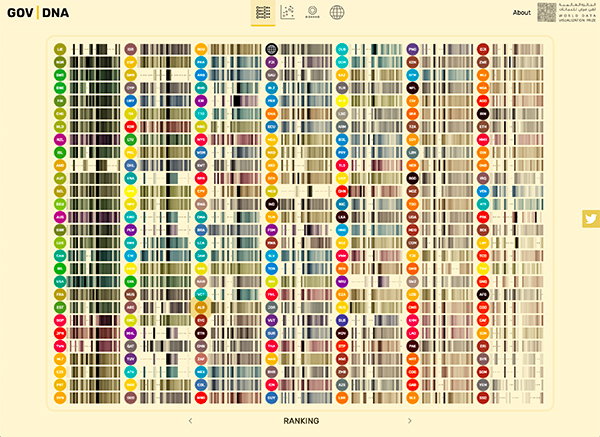 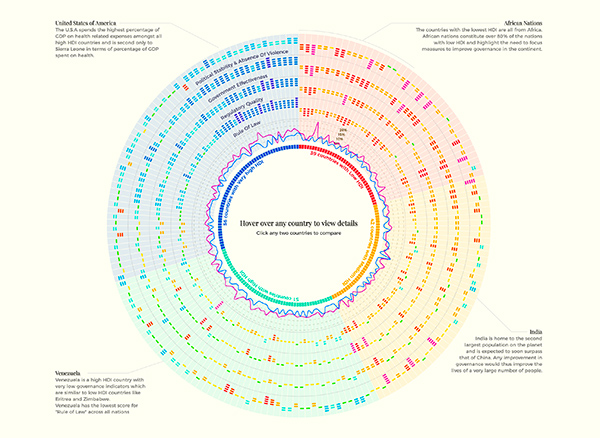 Typical charts can show you data comparisons or maybe trends, but that’s it. If you have a greater data story to tell, it’s up to the user to piece together multiple singular experiences in hopes that they come to the conclusion you want. But a user shouldn’t have to rely on themselves to get the bigger idea you are trying to express. That’s what’s so great about interactive data visualizations. You can build it out of a massive data set that incorporates it all and also allows smaller, more individualized experiences to be had. Look at the examples above. Both of the experiences are built from the same data set, yet the outcomes are entirely different. You can click around on these for hours, analyzing a bit here and a bit there. You can almost get lost in them because the underlying data set is absolutely monstrous. You can challenge yourself to understand it all or just the parts that matter most to you. But that leads us to the next benefit. 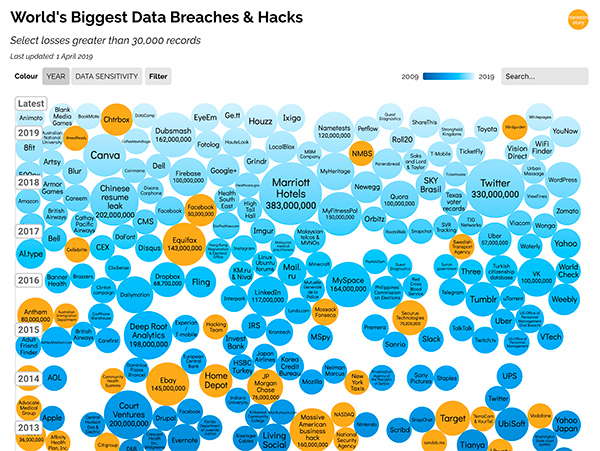 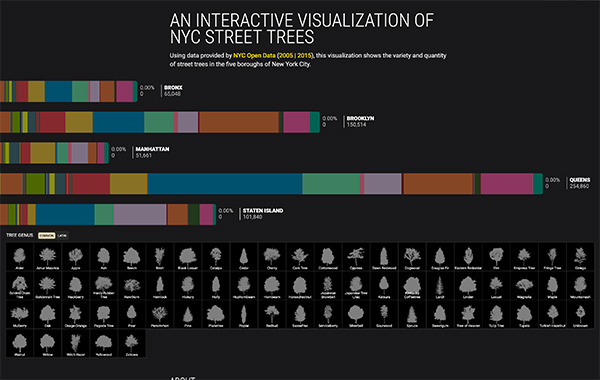 2-Users Can Customize their Experience (examples above)

As you can see by the examples above, one of the biggest advantages to using an interactive chart is the ability for a user to customize it to the data that is important to them. You might be telling a really large story about a bunch of different data interactions, but only 1 or 2 of them may be relevant to certain viewers, so they can customize with the chart themselves to get just what they need from it. It could be through a filter or an input or even just a slider of some sort. But whatever the method, the user gets to interact with your story to pull out and see exactly what is important to them. 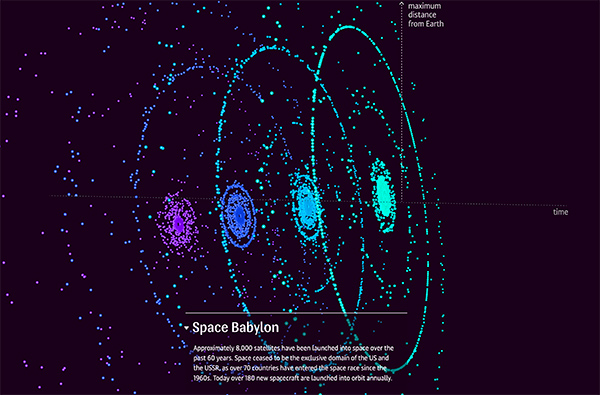 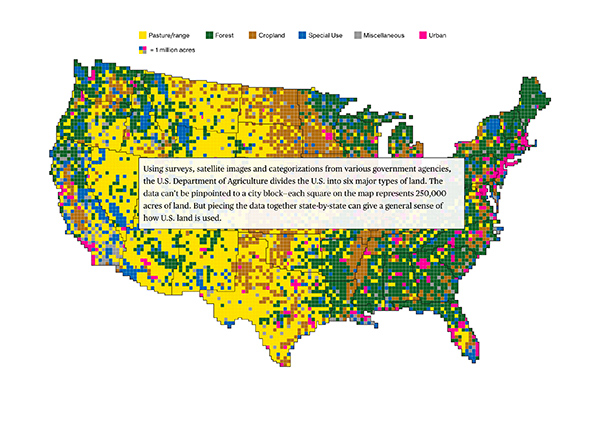 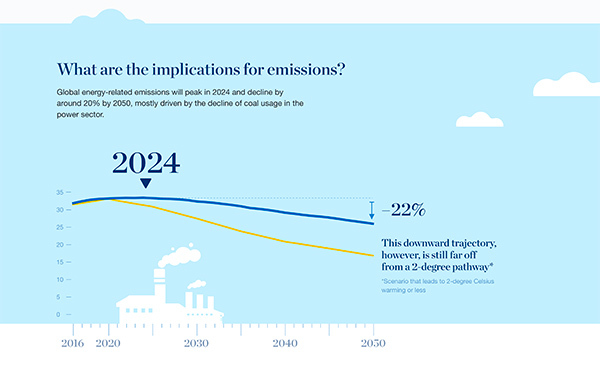 We’ve talked about the importance of having a story behind your data before. But the same is true for the story you tell along with your data. I’ve written about this from the perspective of putting your content in motion, but it can also be applied to data visualization. If you were to take all of the things we’ve spoken about in this article and combine it into one experience, it would look like the examples above. When you start with a story, layer in data to support it, design it with care and artistry, and then add in customization, interactivity and motion, you are simply creating the single best data visualization experience you can have. It’s an entirely new way to experience your data story in a meaningful and impactful way. And the result ends up being a clear and concise way to promote a better understanding of the data that lies under it all. Not to mention, on a purely emotion level, just how engrossing something like this can be. Dare I say, it’s fun. Did I just say presenting data can be fun? That’s a sentence I never thought I’d say. But it’s true. Just look at those examples again. I think they speak for themselves.

Embrace the Power of Data Visualization

As you can see, there isn’t a set rule for what you can and cannot do with an interactive chart. Like a certain artist who started an empire with a mouse on a steamboat once said, “If you can dream it, you can build it.” Meaning, you aren’t trapped within a metaphorical box when it comes to data design and the interactivity to want it to have. It’s all about finding the experience you want your audience to have around the data you are presenting. That can be flat and singular or large and interactive or even immersive and built around a deeper story. Because as long as there is complex data, there will be a need to simplify it to explain to us regular folk.

Read The Article
Close
Close
Scroll to the bottom to agree